Our Mission
The Mount Zion Baptist Church is a fellowship of believers in Jesus Christ called to lead individuals into a personal relationship with Christ, thereby, transforming them into fully developing disciples (followers) and ministers (servants) of Christ.


On April 7, 1878, thirty-two members withdrew from the Bethany Baptist Church and under the direction of Rev. William Hill and a new church family was established. Sabbath School was organized on April 14, 1878, with Joseph Brown as Superintendent and Amos Preston assisting. There were 35 students, five teachers, and one librarian. The first congregation worshipped at the East Kinney Street Hall.

Rev. Hill established Mount Zion as an official Baptist church, on November 5, 1879, with forty-five members. The Church worshipped in the East Kinney Street Hall until 1885 when they purchased a small schoolhouse owned by the Sherman Avenue Baptist Church. The property cost $2,000 and was renovated and furnished at a cost of $1,500. The new edifice of the Mount Zion Baptist Church on Thomas Street, opposite Sherman Avenue, was dedicated on January 3, 1886. Rev. William Hill served Mount Zion as pastor for seventeen years until his resignation in 1895. On April 8, 1896, a call was extended to the Rev. F.T. Walker who served for one year and resigned in October 1, 1897.

On the first Sunday in December 1897, the Rev. Meschack Coleman became the interim pastor. The call to fill the pastorate was extended to Rev. Coleman and he became the permanent pastor on February 1, 1898. During this pastorate, the edifice purchased in 1885 was demolished and a more modern church was erected on the same site. Rev. Coleman resigned on August 19, 1903 after five fruitful years. On December 3, 1903, the Rev. J.W. Moore was called as pastor and remained for six months. He resigned  on June 20, 1904.

On December 28, 1904, the Church called the Rev. J.R. Brown who assumed the pastorate on March 4, 1905. Rev. Brown was a powerful speaker and energetic leader, who created citywide attention. The membership greatly increased and in 1916, ground was broken for a new building. Several people in the congregation aided in the construction of the new edifice including young girls who cleaned bricks, and women who sifted and wheeled sand into the basement for the masons. On September 23, 1917, dedication services were held and the cornerstone laid. After a tremendous pastorate of 28 years, Rev. Brown was called from labor to reward on December 16, 1933.

On November 30, 1934, a call was extended to Rev. Dr. James H. Burks, Pastor of the Shiloh Baptist Church in Columbus, Ohio. Rev. Burks was a dynamic man of determination, vision and spiritual power. His pastorate began July 1, 1935. A home on Fairmount Avenue was purchased for a parsonage. The Church was reorganized and new ministries created, including the Senior and Junior Gospel Choruses under the leadership of Maude Crews. Other ministries established included the Ladies Aid, Pulpit Aid, and the Women’s Guild. There was significant membership growth, especially among the youth. The Church voted to purchase a larger building which had recreational facilities and room for expansion of Christian educational activities. A segment of the congregation was against the move and voted to remain at the Thomas Street location under the name, First Mt. Zion Baptist Church.

The Park Presbyterian Church at 208 Broadway in Newark, which is our present site, was purchased on June 11, 1945. This church was purchased through a third party because considerable discrimination existed for African Americans during that period. After the move to the Broadway location, the Church continued to flourish. Dr. Burks served until his retirement in 1954 and returned to his home in Columbus.

While Mt. Zion produced many leaders in varied professions, including academia and government service, among the most well-known member was the renowned jazz vocalist, Sarah Vaughan. She joined Mount Zion under Rev. Burks and along with her family was active. Ms. Vaughan visited the Church throughout her career which began in the ‘40s and returned a final time for her home going service in April 1990.

In 1954, Mount Zion extended the call to the Rev. Dr. Homer Julius Tucker, a scholar and a great humanitarian, with a vision for innovative ministry. After Rev. Tucker assumed the pastorate, a house on Ridge Street in North Newark was purchased to serve as the parsonage. Rev. Tucker’s ministry had a strong focus on the social gospel, racial integration, Christian education, and formal affiliation with the American Baptist Churches denomination. Upon Rev. Tucker’s retirement, January 31, 1968, the church had grown to 400 members with active lay and community oriented ministries.

The Rev. Dr. Granville A. Seward, Sr., a graduate of Colgate Rochester Divinity School, was called to be pastor and began his service on February 1, 1968. Rev. Seward was a gifted preacher and scholar. In 1979, the Deacons and Deaconesses of Mount Zion were united into one. Women were ordained as Deacons and elevated in ministry positions not previously held. In 1980 a media ministry was established and dedicated to the memory of Deacon John H. Rosemond. Dr. Seward retired in 2006.

Drs. Burks and Seward were both granted the title of, Pastor Emeritus, after their tenure.

Mt. Zion called Dr. Gloria M. White, who does not use the title Reverend in preference to God being revered, as Interim Pastor. Her first sermon as interim was preached on Palm Sunday of 2007. On August 5, 2007, the Church voted to call Dr. White (now White Allen) as pastor, making her the first female pastor to serve this great church. She is a Holy Spirit-led preacher, galvanizing leader, exciting teacher, and understanding counselor.


As a pastor and mental health professional, Dr. White Allen recognized that the absence of godly love destroys the Body of Christ on many levels. She developed and revitalized community outreach, teaching, and Christ focused ministries. New members have joined and were baptized, former members returned, leadership were intentionally trained, dormant gifts were activated, and there has been a spirit of joy, exciting possibilities, and blessed assurances. Dr. Allen's tenure ended as of December 31, 2018.

On January 17, 2021 Mount Zion installed Rev. Dr. Olivia Stanard as its 10th pastor in the church's 143 year history.  A visionary with a heart for God's people, Dr. Stanard preaches and teaches Jesus. She is an asset to the Kingdom of God. Her influence brings hope to the lives of those she comes into contact with daily.

Pastors of vision, commitment, and courage have served the Lord and our church family over the years.  The roll call of our courageous servant leaders: 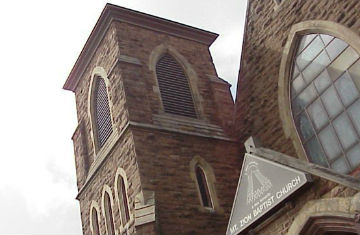 So this is what the Sovereign LORD says:
See, I lay a stone in Zion, a tested stone,  a precious cornerstone for a sure foundation; the one who trusts will never be dismayed. -Isaiah 28:16 (NIV)